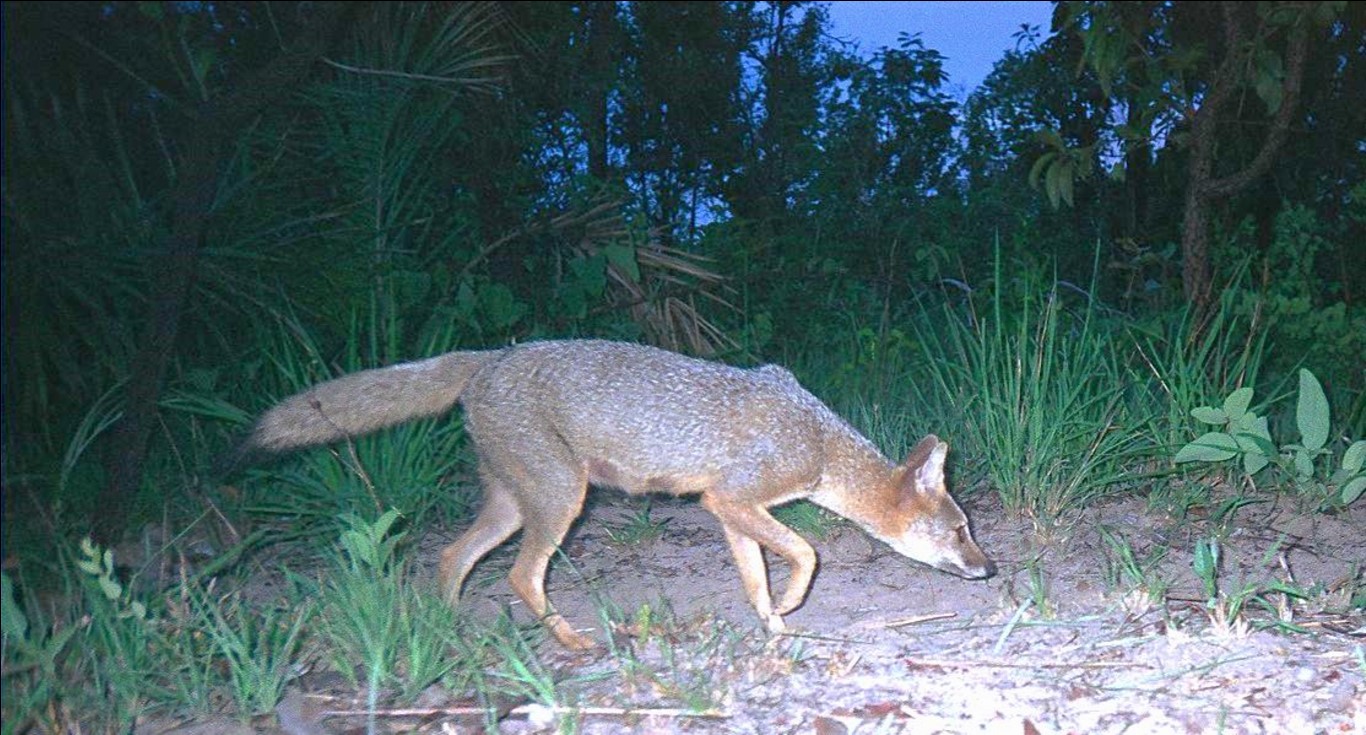 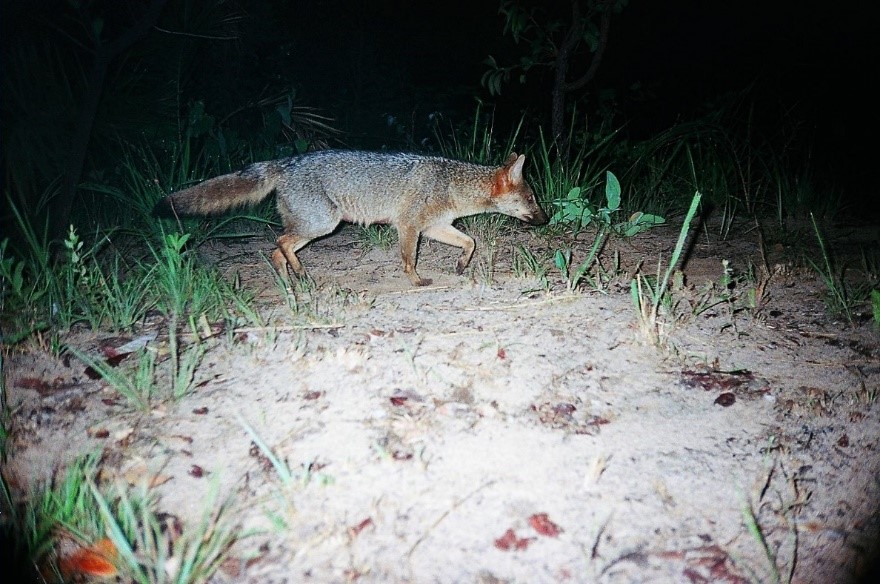 Project:  The fox part of the greater study focuses on several aspects of their population parameters (crab-eating fox, hoary fox). We are determining density estimates for crab eating fox based on capture-recapture models, as well as occupancy of both species and their spatial-temporal interspecific relations. Their relations with domestic dogs, northern tiger cat (Leopardus tigrinus) and pampas cat (Leopardus colocola) are also being addressed. Additionally, we have also addressed the distribution range (expansion of) and status evaluation of the hoary fox in the Brazilian mid-north. The study is being conducted in Mirador State Park (MSP), which comprises the second largest protected area site for the Cerrado biome (savannas) in Brazil. The park has been pointed as the worldwide most important protected area for the conservation of the endangered northern tiger cat (Oliveira et al. 2020). Although MSP is typically a savanna environment, the area is within the limits of Legal Amazonia, as defined by the Brazilian Government.