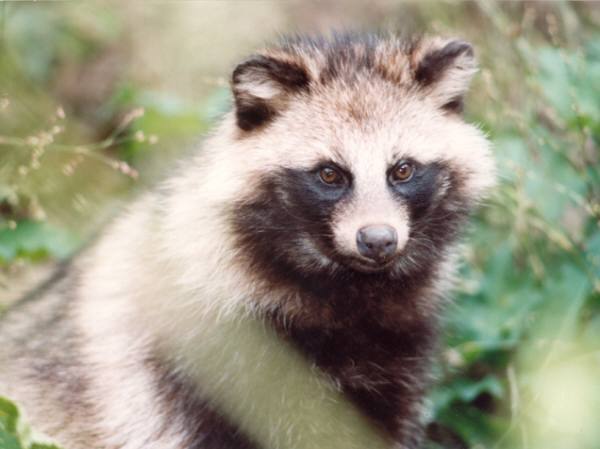 The Raccoon Dog has been widely introduced. It is now widespread in northern and eastern Europe as well as in its native East Asian countries. Abundance is unknown in the Far East outside of Japan where it is common. The species is not considered threatened at present.

Although this species looks much like the North American raccoon (Procyon lotor), the raccoon dog is not closely related to the raccoon, and only distantly related to domestic dogs. This 7 page species account summarizes the best scientific information available as of 2004 on the biology, distribution, status, and behavior of this species. It also describes the introduction of this east Asian species into eastern Europe and its current distribution there. There is also a review of human interactions with the species including its use in furs. Unique among canids, the raccoon dog will hibernate during cold winters. 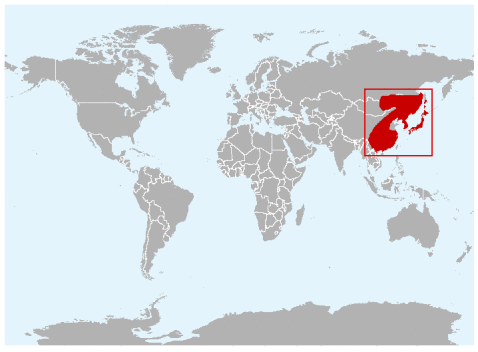 Two features are typical of the habitat of Raccoon Dogs: 1) they are often found near water; and 2) during autumn they are more or less dependent on fruits and berries, which affects their habitat selection. In Japan, Raccoon Dog habitat includes deciduous forests, broad-leaved evergreen forests, mixed forests, farmlands, and urban areas from coastal to subalpine zones. In the countryside, the species prefers herbaceous habitat and uses less Cryptomeria plantation throughout year, while riparian areas are often used (M. Saeki and D.W. Macdonald, unpubl.). In urban areas, Raccoon Dogs inhabit areas with as little as 5% forest cover. In the Russian Far East, the Raccoon Dog favours open landscape, especially damp meadows and agricultural land and avoids dark forests (Judin 1977).

In the introduced range, Raccoon Dogs favour moist forests and shores of rivers and lakes, especially in early summer (Korneev 1954; Nasimovic and Isakov 1985; Kauhala 1996). In late summer and autumn, they favour moist heaths with abundant berries (Morozov 1947; Kauhala 1996). In the Finnish archipelago, however, they favour barren pine forests where they feed on crowberries (Empetrum nigrum) (Kauhala and Auniola 2000).

The Russians introduced Raccoon Dogs into the wild in the European part of the former Soviet Union because they wanted to establish a valuable new fur animal in the wild. Raccoon Dog furs continue to be commercially sold, although today they are produced in fur farms. While the species is still commonly farmed for fur in Finland, Raccoon Dogs are no longer farmed in Sweden (J.-O. Helldin pers. comm.) or Hungary, where the last fur farm was closed in 1995 (M. Heltai pers. comm.). In Japan, Raccoon Dog fur is also used in the production of calligraphic brushes, stuffed animals, and other products.