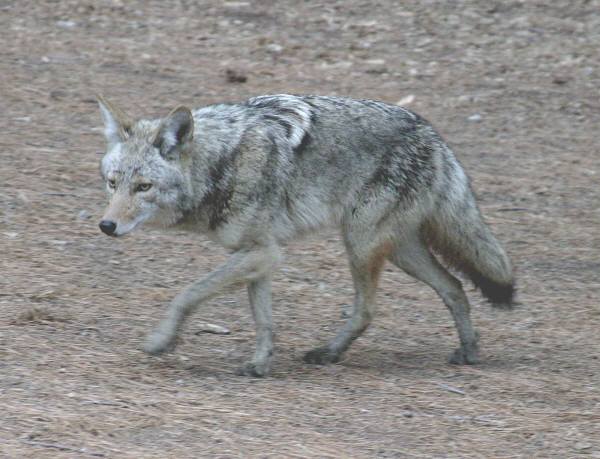 The Coyote has a wide distribution throughout North America, Mexico and into Central America. They are abundant throughout their range and are increasing in distribution as humans continue to modify the landscape. The species is very versatile, especially in their ability to exploit human modified environments and there is no reason to expect that they are currently at risk of extinction.

Coyotes were originally native to the arid open country of U.S., Canada, and Mexico prior to European settlement (Hody and Kays 2018). During the 19th century, the Coyote expanded into forested biomes they previously hadn't used including eastern deciduous forests, taiga forests of the north, temperate rainforests in the north west, and tropical rainforests in the south. The fragmentation of forests with agriculture, and extinction of larger predators like the Grey Wolf Canis lupus and the Jaguar Panthera onca, are thought to have facilitated their expansion. Hybridization with dogs and wolves also played a role in their expansion eastward (Kays et al. 2010,; Von Holdt et al. 2011). Coyotes have now colonized all of North America except for polar areas, and are approaching the border between Central and South America in the Darien region of Panama. 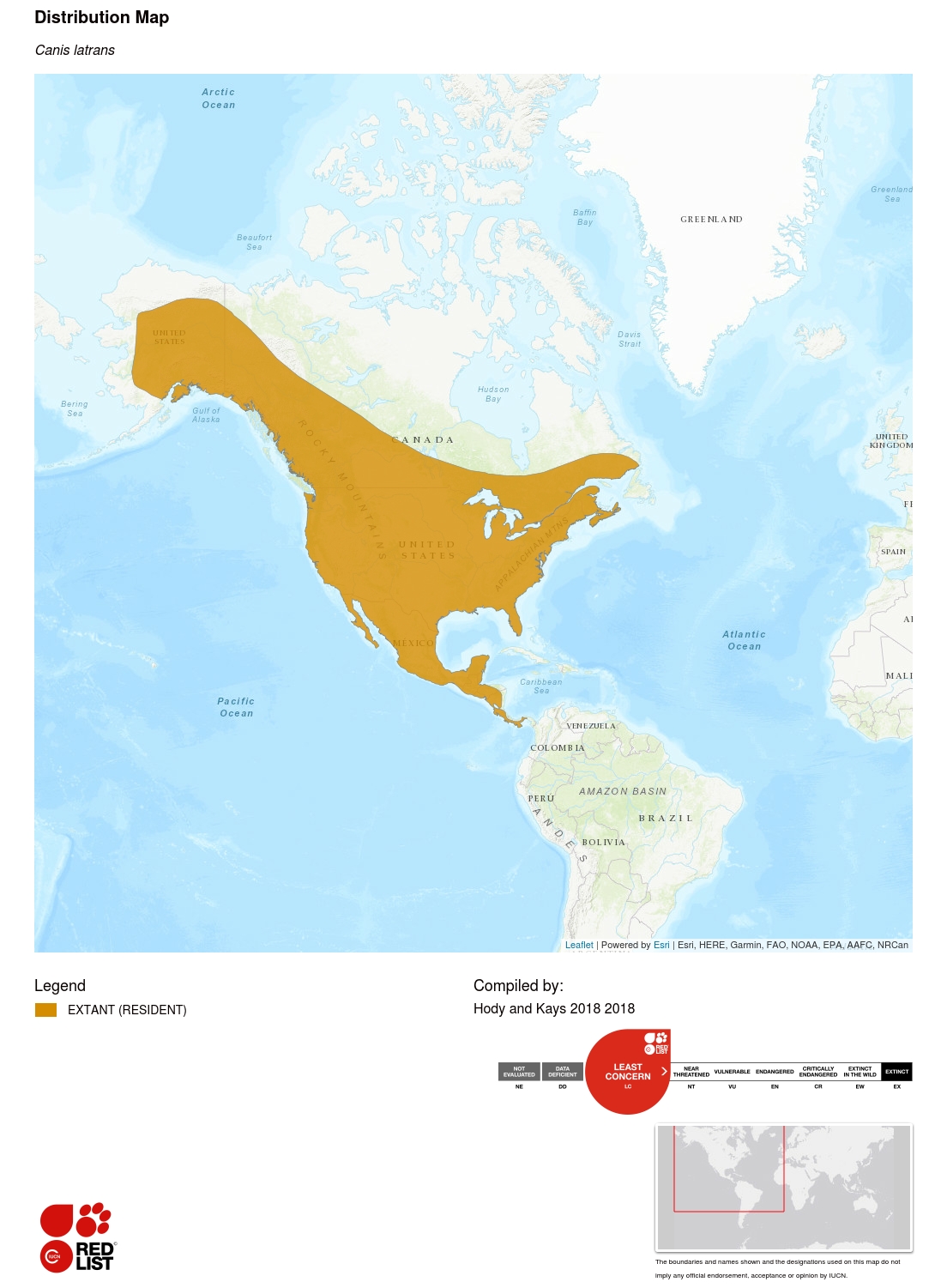 Coyotes are abundant throughout their range and are increasing in distribution as humans continue to modify the landscape. Elimination of larger predators (wolves, coyotes, jaguars) may also have assisted their expansion. Coyote density varies geographically with food and climate, and seasonally due to mortality and changes in pack structure and food abundance. Localized control efforts have sometimes temporarily reduced population size, but they quickly rebound through migration and breeding, and Coyote populations generally are stable or increasing in most areas.

Coyotes utilize almost all available habitats including prairie, forest, desert, mountain and tropical ecosystems. The ability of coyotes to exploit human resources allows them to occupy urban areas; their recent expansion in eastern Panama has been attributed to their using deforested areas and areas of cattle ranching (Méndez-Carvajal and Moreno 2014). Water availability may limit Coyote distribution in some desert environments. Coyotes are opportunistic, generalist predators that eat a variety of food items, typically consuming items in relation to changes in availability. Coyotes eat foods ranging from fruit and insects to large ungulates and livestock. Livestock and wild ungulates may often be represented in coyote stomachs and scats as carrion, but predation on large ungulates (native and domestic) does occur (Andelt 1987). Predation by Coyotes on neonates of native ungulates can be high during fawning (Andelt 1987). Coyotes in suburban areas are adept at exploiting human-made food resources and will readily consume dog food or other human-related items.

There are no current major threats to Coyote populations throughout their range. Local reductions are temporary and their range has been expanding. Conservation measures have not been needed to maintain viable populations. Coyotes adapt to human environs and occupy most habitats, including urban areas. Hybridization with wolves and dogs is documented, but likely occurs only at the leading edge of expanding populations, with back-crossing into the Coyote populations resulting in low levels of dog and wolf introgression spread throughout some new populations (VonHoldt et al. 2011; Mõnzon et al. 2014).

Coyote fur is still sought by trappers throughout its range, with harvest levels depending upon fur prices, local and state regulations, and traditional uses and practices. Many states and provinces consider Coyotes a furbearing species with varying regulations on method of take, bag limit, and seasons. Some furs are also sold internationally (e.g. to Russia and China).

Legislation
The species is not included on the CITES Appendices, and there is no legal protection of the species. Restrictions on harvest and method of harvest depend upon state or provincial regulations.